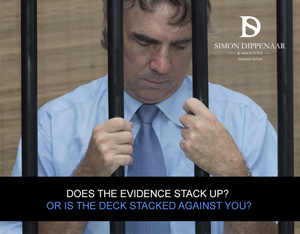 What is forensic science?

Most people, when they hear the word ‘forensics’, automatically think of television programmes like Bones and CSI, or if they are of a certain age they may remember the series that kicked it all off: Quincy M.E. These shows have brought forensic science out of the realm of the courts and into the popular imagination, but have led to a very narrow understanding of forensics, an understanding reinforced here in South Africa by the recent Oscar Pistorius murder trial. Most of us tend to think of forensics in the context of solving a murder. But in fact forensic science has a much wider application than that.

The Cambridge Dictionary defines ‘forensic’ as ‘… scientific methods of solving crimes, involving examining the objects or substances that are involved in the crime.’ Typically a forensic examination might include fingerprints, ballistics, toxicology (detection of poisonous or prohibited substances, such as alcohol), or DNA testing. There are many more types of forensic investigation but these are the ones most commonly used in criminal trials.

I haven’t committed a murder, so why should I care?

The history of criminal law is rife with tales of innocent people convicted as a result of inaccurate or fraudulent evidence given by police forensic ‘experts’. South Africa’s track record is particularly dismal, according to forensic scientists Claire Lewis and Cesarina Edmonds-Smith, of ForScight Forensics, a Cape Town-based forensic science consultancy. They say that although there is an accepted international standard for testing expert testimony, called the Daubert test, it is not being used in South Africa and there are currently no standards by which expert evidence is judged in this country.

This flaw in the system is further exacerbated by the inadequate training of the SAPS forensic laboratory staff who are often called upon by the state to provide the expert testimony. Many are only qualified as lab technicians and have often not been exposed to the wide range of scientific disciplines required to truly understand the results produced by the lab tests. Their ill-informed testimony, often the only forensic expert testimony, is then used by the presiding judge or magistrate to convict or acquit a defendant. Yet that judge or magistrate is also not scientifically trained and may not be able to interpret the evidence in a meaningful way. You can see how mistakes happen.

Here in South Africa we have a serious problem with drinking and driving. Our road traffic accident statistics are unacceptably high and alcohol is implicated in far too many road deaths. At Simon Dippenaar and Associates we condemn drinking and driving and want to make sure genuine offenders feel the full force of the law. However, we also know that our system for catching and charging drunk drivers is far from perfect. Corruption abounds and all too often those charged and convicted are not the guilty ones.

When this happens the accused has little recourse as the forensic evidence all sits with SAPS, who are the ones who will give expert witness testimony. Lives and careers can be ruined on the evidence of inexpert ‘experts’. This is where the services of an independent forensic scientist, working together with the defence lawyer, can make all the difference. Forensic consultants, like Lewis and Edmonds-Smith, have multi-disciplinary training and can re-examine the evidence and spot inaccuracies and inconsistencies in procedure and conclusions. Their investigation can mean the difference between conviction and acquittal, between a wrongful criminal record and innocence.

Towards a brighter future

Forensic science is a growing field across the globe and South Africa is no exception. Although there are many inaccuracies in current forensic techniques, the industry is showing signs of shifting towards more scientific methods and better practices. Independent forensic consultants like Lewis and Edmonds-Smith are making important inroads into better justice for all South Africans.

Do you think you have been wrongfully accused?

If you feel you have been wrongfully accused of driving under the influence, or any other crime, speak to Simon today. He will examine the evidence against you, drawing on the expertise of ForScight Forensics if needed, and advise you accordingly.