Oscar Pistorius – A Knife Edge For The Blade Runner? 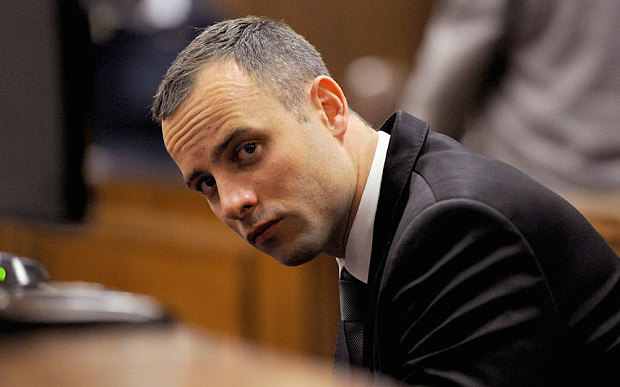 Poor Oscar Pistorius. Just when freedom seemed so close… the Supreme Court of Appeal had other ideas. As has been widely reported in the news, the verdict of culpable homicide in the case of the State versus Oscar Pistorius has been overturned on appeal and instead a verdict of murder has been returned. Undoubtedly many people feel that justice has now been done. Of course nothing can bring back Reeva Steenkamp, and our thoughts will always be with her family, who must live with their loss forever.

But what exactly does this mean? What were the factors that the Supreme Court of Appeal took into consideration in this case, and what are the implications for case law?

The decision to overturn the verdict of culpable homicide hinged on the understanding of dolus eventualis and its application in the original case. In legal terms, dolus eventualis means ‘reckless intention’, but its literal translation from Latin means ‘eventual harm’. Its use in legal terminology refers to the fact that, whether or not the intention of an action (e.g. firing a gun) was to kill a person (which would be dolus directus), if one could have foreseen that death might result from one’s actions (e.g. shooting through a closed door into a small toilet cubicle), then one is guilty of dolus eventualis and therefore murder.

Culpable homicide, on the other hand, means negligent killing. In other words, where a reasonable person might have foreseen the consequences of the action of shooting through a closed door into a confined space, if the accused (in this case Oscar Pistorius) acted short of what would be expected of a reasonable person, he is guilty of culpable homicide and not murder.

Did Oscar Pistorius know it was Reeva?

The case for the defence hinged on the accused’s awareness or otherwise of the identity of the person in the toilet cubicle. Did Oscar Pistorius know that Reeva Steenkamp was behind that door? If not…if he truly believed it was an intruder…then (especially given his vulnerability caused by his disability) he cannot be said to have intended to kill Reeva Steenkamp. Outcome? Culpable homicide.

What is so significant about the Supreme Court of Appeal’s decision is that it doesn’t matter whether or not Oscar knew it was Reeva behind the door. The question is not whether he intended to kill Reeva, but whether he foresaw that he might have killed someone. The identity of the victim is irrelevant. The only pertinent consideration is whether or not the accused could have foreseen that death could result from his actions. And the Supreme Court judged that he definitely could have foreseen this result, regardless of the identity of the deceased.

The Supreme Court of Appeal stated, “although a perpetrator’s intention to kill must relate to the person killed, this does not mean that a perpetrator must know or appreciate the identity of the victim. A person who causes a bomb to explode in a crowded place will probably be ignorant of the identity of his or her victims, but will nevertheless have the intention to kill those who might die in the resultant explosion.”

The other pillar of the case for the defence was that Oscar Pistorius acted out of self-defence. Feeling threatened, and vulnerable without his prosthetic legs, he took what he deemed reasonable steps to protect himself. However, the Supreme Court of Appeal found that the trial court had not taken all the relevant evidence into account in determining the presence or otherwise of dolus eventualis and on reconsideration of the evidence, the accused’s claim of supposed private defence could not be sustained. In other words, how much of a threat does an unidentified presence behind a closed door truly represent and is that sufficient grounds for taking an action that could potentially result in death? Clearly the Supreme Court decided it was not.

What next for Oscar Pistorius?

The case will be referred back to the original trial court for re-sentencing, as this is not the role of the Supreme Court of Appeal. The minimum sentence for murder is 15 years, though time already served will be taken into account. The court could allow a shorter sentence, if there are compelling circumstances recommending it. Whether the bizarre circumstances of this case…or the identity of the defendant and his disability…constitute a strong enough argument for a shortened sentence remains to be seen.

Could he appeal? There is the option of an appeal to the Constitutional Court, which could determine if there is a constitutional matter arising from the case. However, it is hard to imagine where Oscar Pistorius would find the resources for a further court action, and even harder to guess what breach of the Constitution might have occurred. The Supreme Court of Appeal’s decision appears to be sound and well founded in law.

The State vs. Oscar Pistorius is a unique case in South African law for many reasons. Both the defendant and the victim were well known, popular figures in their respective fields and in society in general. The advocates on both sides were minor celebrities in their own rights. The circumstances surrounding the death of Reeva Steenkamp were so bizarre, so unprecedented, that the trial was destined to be high-profile and legally complex. Yet the decision by the Supreme Court of Appeal is logical, evidence-based, and straightforward. So how did the original trial court fail to arrive at the same verdict? Did the identity of the accused and his victim skew the arguments so badly that an experienced trial judge misinterpreted dolus eventualis? Why was it considered so important that Oscar Pistorius did not know it was Reeva behind that door?… clearly because that was the only foundation for the assertion that he acted in self-defence. Yet that assertion was in fact not sufficient justification for firing shots that might and indeed did kill someone, regardless of the identity of that someone. The threat was insufficient to justify the extreme action taken. Why was this very obvious fact overlooked? Would a jury have come to a different conclusion? When case law is written up, we are sure that State vs. Oscar Pistorius will inform many future judgements.