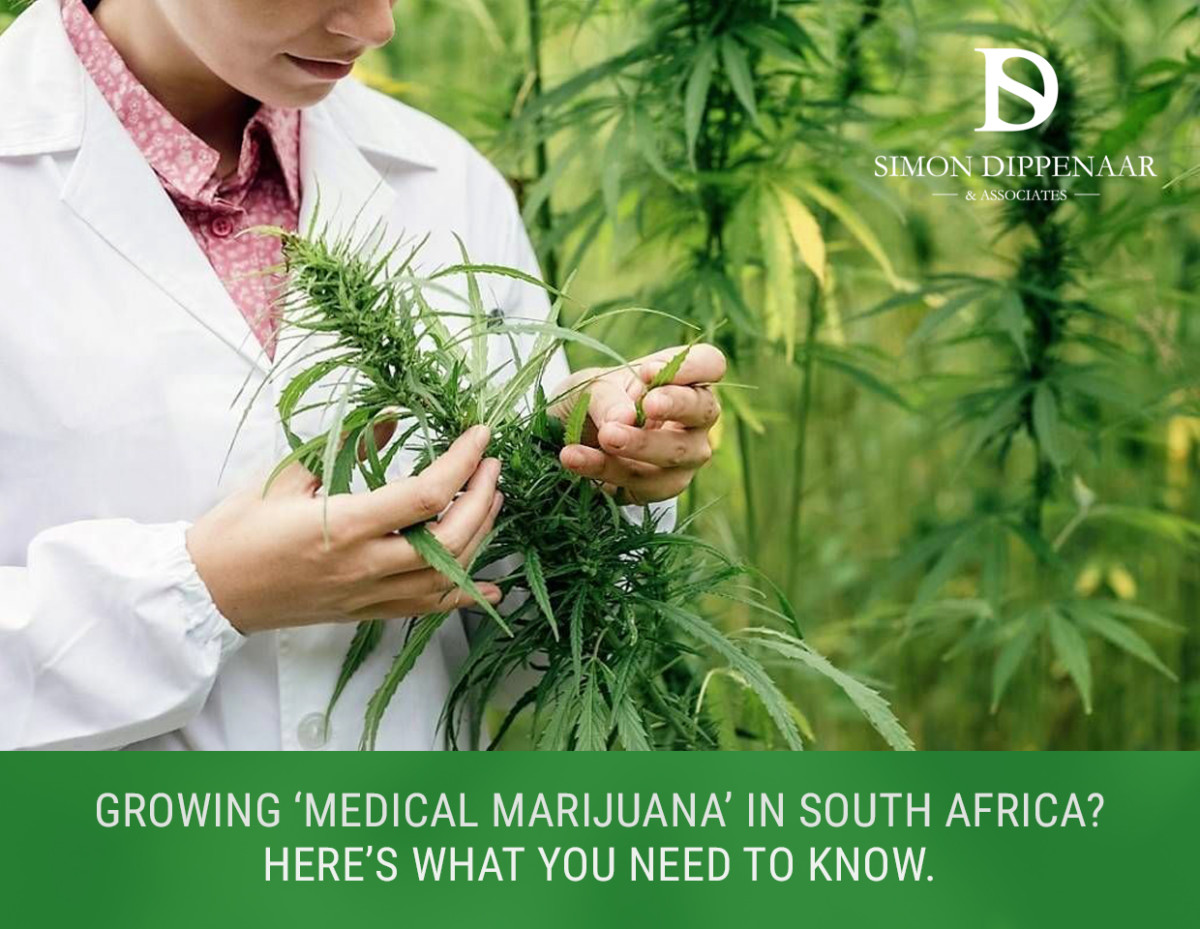 As we covered previously, on 31 March the Western Cape High Court ruled that marijuana (dagga or cannabis) can be used by adults in the privacy of their own homes, and may be cultivated for private use. Even before that groundbreaking verdict, South Africans were using marijuana privately for medicinal use, and were doing so legally. So has anything changed as a result of the High Court decision?

It has been known for some years that cannabinoids can provide relief for sufferers of a number of conditions. The evidence base is stronger for some therapeutic applications than for others, but that does not mean a lack of efficacy, merely a lack of formal evidence. Research has demonstrated medical benefits for nausea and vomiting associated with cancer chemotherapy, anorexia and cachexia (weight loss) in HIV/AIDS, chronic pain, spasticity in multiple sclerosis and spinal cord injury. Other indications, such as epilepsy, pruritus and depression, are less researched but anecdotal evidence suggests some therapeutic benefits.

At this point you may be a bit confused by the terminology, and it is worth taking a look at what is meant by ‘cannabinoids’ and what the implications are for their legal use. Cannabinoids are the chemical compounds secreted by cannabis flowers that provide relief to symptoms such as pain, nausea, anxiety and inflammation. They do this by activating specific receptors in the body to produce pharmacologic effects, particularly in the central nervous system and the immune system (source).

The most common cannabinoids are tetrahydrocannabinol (THC) and cannabidiol (CBD). THC is psychotropic and provides the ‘high’ when cannabis is smoked. It is used in a therapeutic context for its analgesic properties. CBD is non-psychoactive and, in addition to its analgesic qualities, has been shown to be anti-spasmodic and a muscle relaxant.

Cannabinoids can be administered through the conventional method of smoking cannabis, but this is not necessary and many medical indications for cannabinoids specifically do not use ‘whole plant’ preparations, partly because it is impossible to accurately measure dosage. Cannabinoids can be extracted and prepared in tablet form where the dose can be calculated, and they can also be synthetically produced. In the USA, commercially available cannabinoids, such as dronabinol and nabilone, are approved drugs for the treatment of cancer-related side effects.

While the legal position regarding the use of cannabis and cannabinoids for medical use varies from jurisdiction to jurisdiction, making it impossible to generalise, it is not uncommon for the use of specific cannabinoids in a pharmacological preparation to be legally approved for therapeutic purposes while use of the whole plant (e.g. smoking cannabis in a joint or pipe) is still prohibited.

Therefore it is important to fully understand the law and not assume that ‘medicinal use’ is a legitimate defence if caught possessing or distributing marijuana.

We covered this briefly in the article entitled, A Joint Account – Just How Legal Is Marijuana Following The High Court Ruling?, but let us look at the circumstances surrounding use and supply of medical marijuana in more detail. Cannabis for medically approved therapeutic reasons is permitted within the provisions of the Medicines and Related Substances Act, 1965. Under the Act, “…medical practitioners can apply to the Council for permission to access and prescribe unregistered medicines – including cannabis – for their patients in certain exceptional circumstances. Medicinal cannabis products may thus be made available to specific patients under medical supervision. Only registered medical practitioners may apply for authorisation to prescribe a controlled medicine for a specific patient. Authorisation from Council is dependent on the submission of an appropriate dosage regimen and acceptable justification for the proposed use, and regular reporting to the MCC.” (Source)

In layperson’s terms, only a qualified medical practitioner (usually a doctor and a few other permitted healthcare professionals) can prescribe cannabis and the treatment must be justifiable and justified by a legitimate complaint and backed up with instructions for use.

Furthermore, the regulations specifically govern medicines containing cannabis, cannabis extracts, and cannabis-derived substances such as cannabinoids, which have been registered with the MCC, hence our explanation of the distinction between cannabis and cannabinoids. These substances are rescheduled and listed in Schedule 6 to bring them into line with the scheduling status of other restricted medicines, thus allowing patients to access medicinal cannabis products by prescription at a pharmacy. Any cannabis products not registered by the MCC remain in Schedule 7 and technically still illegal, though of course the recent High Court ruling has provided the defence of the right to privacy if one is caught cultivating or using cannabis for one’s own enjoyment.

Sale and distribution of medical marijuana

It is still against the law to cultivate marijuana for distribution or to distribute it, regardless of its intended use. However, the Medicines Act allows the MCC to issue a licence to manufacture either a medicine or a Scheduled substance (Active Pharmaceutical Ingredient/API), on condition of MCC oversight. Therefore cannabis growers can be licensed if they can prove that cultivation is for medicinal use.

So, if you succeed in securing a licence to cultivate marijuana from the MCC, don’t hope you can supply the neighbourhood with dagga and get away with it. You will be monitored very closely! According to the regulations: “Cannabis is a prohibited narcotic substance in South Africa, and cultivation for any purpose other than that explicitly allowed for through the licence and permit system under the Medicines Act, is a criminal offence. Likewise, cultivation by non-licensees remains a criminal offense under this legislation.” If you are a legitimate grower of medical marijuana, make sure your licence is valid.

Are you affected by this legislation?