DUI? ‘Tis the season for roadblocks 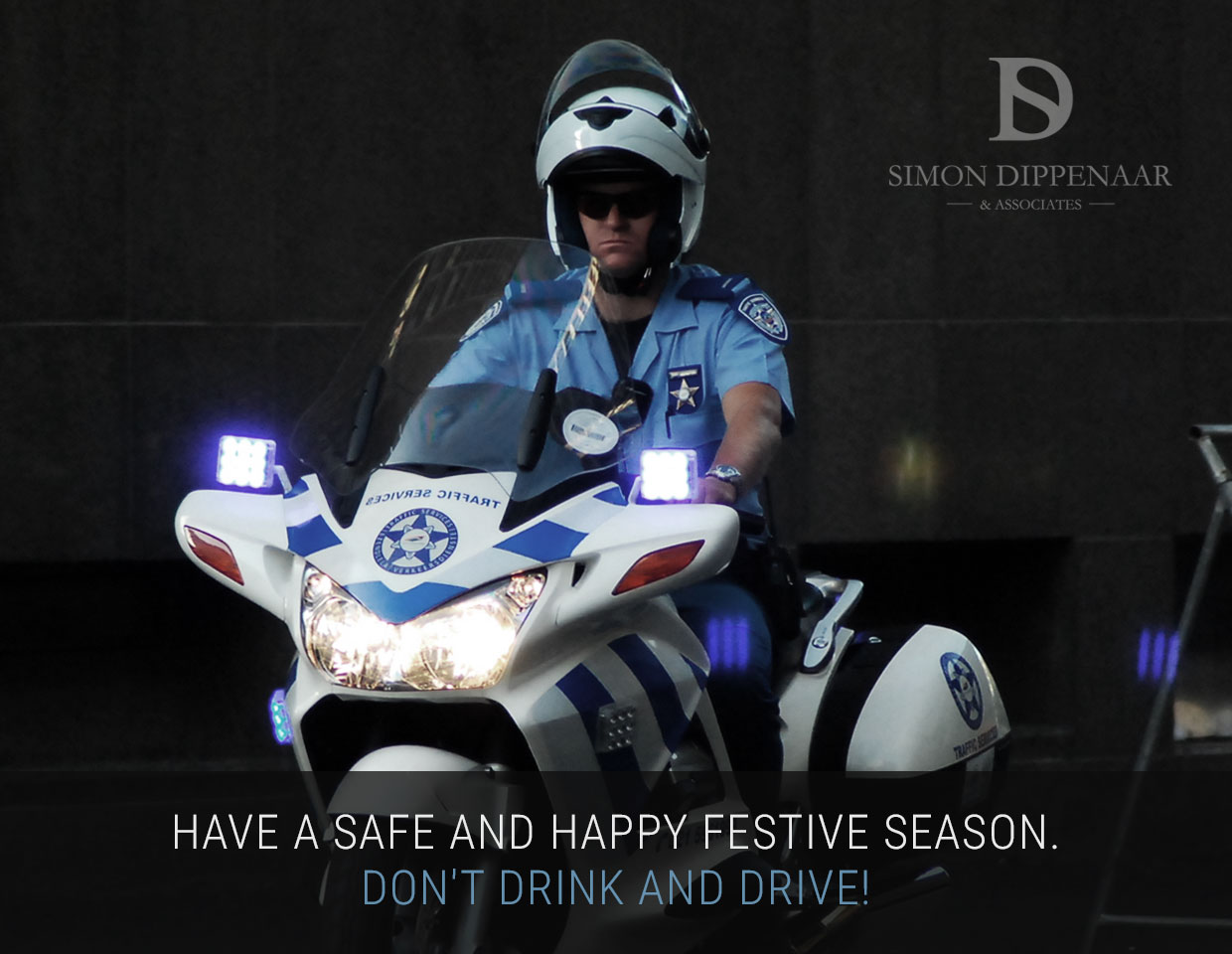 The holiday season is almost upon us, bringing with it quality time with family and friends, good food, parties and, of course, the inevitable roadblocks. While these are mostly an inconvenience, they do conjure up fear and anxiety, especially if we’ve contravened the rules – like DUI, driving under the influence of alcohol.

DUI or Driving under the influence – what constitutes reasonable grounds for arrest?

Some of the most tragic road accidents happen at this time of the year and, instead of celebrating, many families face devastation and the loss of a loved one. South Africa has one of the worst road accident statistics in the world, with 14 071 deaths reported in 2016.

Help! I’ve been stopped at a roadblock and I’ve been drinking (DUI)

If you’re stopped at a roadblock and are suspected of driving under the influence, you will be breathalysed. If you’re over the limit you will be taken into custody and sent for a blood alcohol test. Remember that the legal breath alcohol limit in South Africa is less than 0.24 mg in 1 000 ml of breath, while the legal blood alcohol limit is less than 0.05 g per 100 ml. This means that two beers in the space of an hour can put you over the limit.

In terms of section 40 of the Criminal Procedure Act, you can also be arrested if you are the driver of a vehicle involved in an accident and you have alcohol in the car console, if your breath smells of alcohol, your eyes are bloodshot, or you are slurring your words.

In our last post we spoke about your rights – and the rights of the police – at a roadblock. Click here if you missed it.

What about other offences?

The police can detain you at a roadblock and demand a breath or blood sample if there are reasonable, fact-based grounds to suspect you have been driving under the influence of alcohol. They cannot arrest or detain you for another minor offence, such as not having your driver’s licence, and then later demand a breath or blood sample. In Erasmus v MEC for Transport – Eastern Cape Province (210/08) [2011] ZAECMHC 3; 2011 (2) SACR 367 (ECM) (3 February 2011), a road-user was arrested at a roadblock for not having their driver’s licence on them. The court ruled that the arrest amounted to improper use of the law, especially as the driver had agreed to have their licence brought to the roadblock.

You can however, be arrested at a roadblock for unpaid fines, despite what some people think, but only if there is a warrant for your arrest for those specific fines. In this case, the police officers must present you with a valid copy of the warrant.

There are essentially two core offences you can be charged with in terms of driving with alcohol in your body: driving with an amount of liquor in your blood that exceeds the prescribed limit; and driving under the influence of liquor more generally. The first offence relies purely on blood alcohol evidence, while the latter relies on outward signs of intoxication. If there is even a minor risk of contamination or inaccuracy, you will be acquitted.
In some cases, outward signs of intoxication will be relied on to prove the guilt of a driver, rather than blood alcohol results. In this situation, the police have to prove that you were (a) driving (b) a vehicle, (c) on a public road, (d) while under the influence of liquor or drugs, and (e) you were aware that your conduct was criminal (mens rea).
Simply proving that you had a few drinks or your breath smells of liquor is not enough for a conviction. The State has to prove that the skills and judgement usually required to drive a car were obviously diminished or impaired as a direct result of alcohol consumption. In other words, simply because someone consumed alcohol and was involved in an accident does not prove they were DUI.

DUI is a serious and frequent offence on our roads. So, drive responsibly and, if you do drink, make sure you stay within the limits – or get someone to drive you. Your life may depend on it.

Do you think you’ve been unlawfully detained?

SD Law & Associates are experts in criminal law. If you have been detained at a roadblock and need advice or feel that you’ve been unfairly and unlawfully treated, contact Simon on 087 550 2740 or contact us. This festive season, why not save this number in your phone, just in case…